Virtual Health enables you to speak with providers using your phone, tablet or computer. Call 888-4GW-DOCS to schedule a virtual appointment. 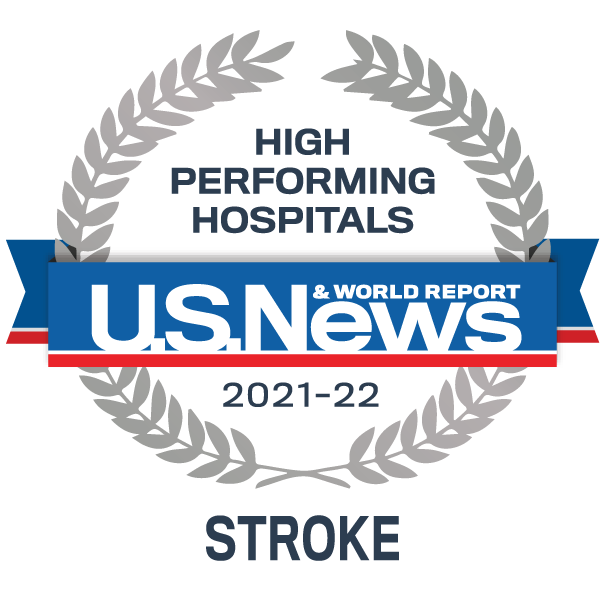 A stroke occurs when a blockage in an artery prevents blood from reaching cells in the brain or an artery ruptures inside/outside the brain, causing a hemorrhage. Each year more than 795,000 Americans suffer a stroke, causing one out of every 20 deaths in this country, according to the Centers for Disease Control and Prevention. Not only is stroke the fifth-leading cause of death in the U.S., it is also the leading cause of adult disability.

Learn more about stroke and how to reduce your risk →

Stroke should be treated with the same urgency as a heart attack.

Please fill out our general appointment form below or call our referral service at 888-4GW-DOCS.

Medical professionals at the Comprehensive Stroke Center at GW Hospital provide fast and efficient stroke care to help patients reach a better outcome after suffering a stroke emergency. They are recognized as leaders in stroke care through their efforts in promoting stroke prevention and practicing quality stroke treatment.

Learn more about the Neurosciences Institute at GW Hospital >

In addition, the Acute Rehabilitation Team at GW Hospital offers stroke rehabilitation services to help patients on their path to recovery after a stroke. 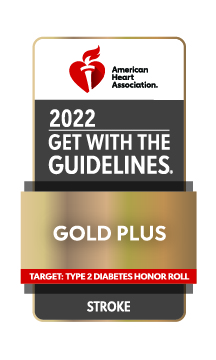 GW Hospital received the American Heart Association®/American Stroke Association® Get With The Guidelines® - Stroke Gold Plus Quality Achievement Award for its commitment to ensuring stroke patients receive the most appropriate treatment according to nationally recognized, research-based guidelines.

Ischemic strokes account for 80 percent of all strokes suffered. They are caused when blood vessels become clogged. Some ischemic strokes are preceded by stroke-like symptoms called transient ischemic attacks (TIAs) that can occur months before the stroke. Also called a warning stroke, a TIA is caused by a temporary blockage of a blood vessel. TIA symptoms, which are similar to those of a stroke, come on quickly and improve within 10 to 20 minutes. The loss of vision in a TIA may be described as a feeling that a shade is being pulled down over your eyes. TIAs typically do not cause long-lasting damage to the brain.

The clot-dissolving medicine called tissue Plasminogen Activator (tPA) is the drug of choice for ischemic stroke. If an ischemic stroke is diagnosed within three hours of the start of symptoms, the administration of tPA intravenously can increase a patient's chances of survival and recovery. Knowing stroke warning signs and getting to a hospital quickly is critical for tPA treatment to be successful.

If a tPA infusion does not work, tPA and other clot dissolving agents can be delivered directly to the area of blockage using an angiogram. During this process, a catheter and X-ray guidance are used to take images of the blood vessels in the neck and brain. The blockage can also potentially be removed with fine-grasping instruments or the blocked vessel can be re-opened with stents.

First in The District with RAPID CT Perfusion Software

The RAPID CT Perfusion software is a class of automated brain imaging software that enables doctors to quickly visualize reductions in blood flow to the brain and early signs of brain injury. GW Hospital is the first in the District to have this software.

2020 GW Hospital Performance Measures AHA/ASA Get with the Guidelines

* National Target Benchmark is above 90% Compliance.

GW Hospital is proud to perform discharge follow-up with more than 90 percent of its stroke patients 90 days after they leave the hospital. This metric is better than the national average when compared with other academic hospitals.

Fewer strokes are categorized as hemorrhagic, which occur when weakened blood vessels inside the brain rupture (such as a tangle of defective blood vessels and capillaries called arteriovenous malformations (AVMs) or when an aneurysm (a thin spot on an artery wall) at the base of the brain bursts. Every year, an estimated 30,000 people in the United States experience a ruptured cerebral aneurysm according to the American Association of Neurological Surgeons.

Initial treatment of a hemorrhagic stroke is difficult. Efforts are made to control bleeding, reduce pressure in the brain and stabilize vital signs, especially blood pressure. There are few medications available to treat hemorrhagic stroke. The Comprehensive Stroke Center at GW Hospital offers hemorrhagic stroke patients with options including surgery, endovascular treatment and diagnostic neuroangiography.

Surgery can be used if a large amount of bleeding has occurred and the patient is rapidly getting worse. Depending on the location of the aneurysm and a patient's condition following the stroke, surgery may not be an option. Surgery can involve clipping the aneurysm, surgical resection of AVMs and carotid endarterectomies.

Treats an aneurysm by placing a clip across its neck or origin to prevent filling of the aneurysm.

Prevents further bleeding by removing the tangle of defective blood vessels and capillaries.

Opens a carotid artery blockage and cleans out the debris narrowing of the vessel.

Another option is sealing the aneurysm with coils delivered through the angiogram technique. This is the less invasive option, but is not yet suitable for all aneurysms. Methods include:

Treats an aneurysm by packing the weakened area of the ballooning vessel with small coils that fill the space and prevent bleeding.

Injects a small amount of glue-like material that seals off the abnormal connection between vessels.

Uses a metal mesh tube to re-establish normal blood flow to the brain and is deployed through a catheter.

An advanced imaging technique where an interventional radiologist accesses neck and brain vessels through an artery in the groin. This diagnostic technique allows precise mapping of brain arteries and problem areas.

Dimitri Sigounas, MD, discusses the new technologies surrounding stroke recognition and treatment, including the future development of portable devices that could assess stroke type and severity before the patient even arrives at the hospital.

Listen to the Podcast