Speaking up for Opioid Alternatives 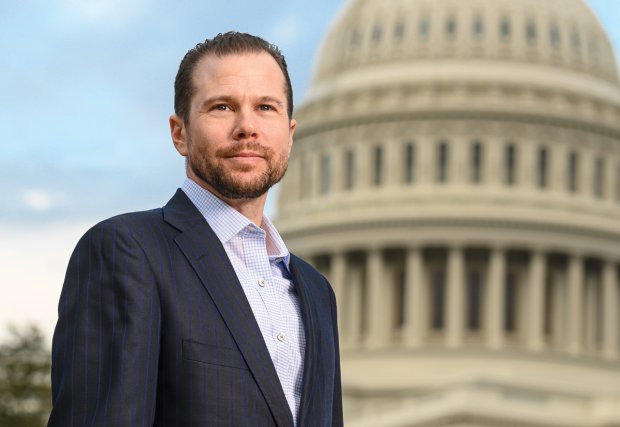 It was early on the morning of June 14, 2017, and Matt Mika was at a baseball practice in preparation for the annual Congressional Baseball Game the next day when a gunman opened fire. “There were probably 40 people on the field, including members of Congress, volunteer coaches like myself, news, press, friends, family, wives, kids, when it all started. There were five of us shot that day,” Matt recalls. “I got hit twice, once in the chest and once in the left arm.”

He was rushed to GW Hospital and doesn’t remember much about the next five days in the ICU before regaining consciousness. “I stayed in the hospital for another five days. My goal was to get back to life, back to playing sports,” says the lobbyist and former college football and baseball player.

“Most of the doctors’ biggest concern was my chest,” he says, noting that the bullet had missed his heart by only half an inch. “But my arm kept hurting.” GW Hospital’s pain management team led by Paul Dangerfield, MD, treated him with a multimodal protocol that included using nerve blocks with numbing medicine to help relieve the pain. “I think the nerve block was a huge help because it was constantly working in collaboration with the other drugs,” Matt says.

“When I was released, probably one of the best things was that we had the physicians’ direct numbers to call anytime we had a question or concern – one for my surgeon and one for the pain management team.”

In total, he had five surgeries and two procedures to get “back to normal.” He reached his personal goal of stopping opioids about three months after the shooting. “I’m playing sports again and am back to being as healthy as I can be ... Without Dr. Dangerfield and his team, I don’t think I would have gotten off opioids so quickly.”

Since his recovery, he has lobbied pro bono with a colleague and Dr. Dangerfield on Capitol Hill about what GW Hospital is doing for safer pain management. “You talk about the opioid crisis, but there are people out there doing it correctly,” he says of the protocols that helped him personally. “They need to know that hospitals like GW are doing this, and we need more of it.”