Fate, Hope and a Second Chance at Life 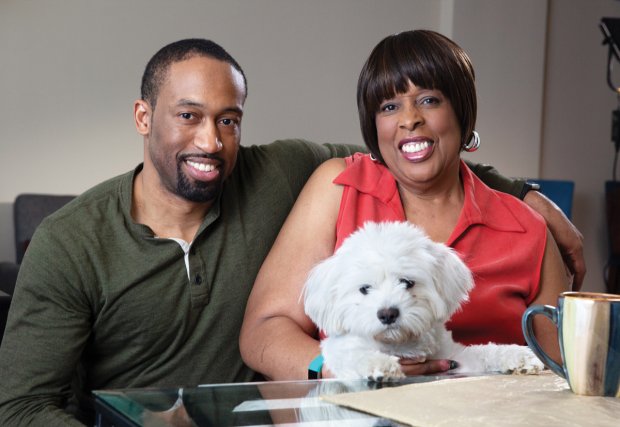 For Bonita Bell, the day started like any other. She felt fine as she drove 35 miles from Maryland to DC to deliver a sewing project to a friend. But when she walked through the door of her friend’s house, things grew out of focus and the room started to spin. “I just laid on the floor and asked for help. The next thing I knew, I was in an ambulance. The last thing I heard was, ‘Reroute to GW Hospital.’”

At GW Hospital, doctors quickly diagnosed Bonita with pulmonary embolism, a life-threatening condition that occurs when a blood clot breaks off and travels through the bloodstream to the lungs, blocking the normal flow of blood. 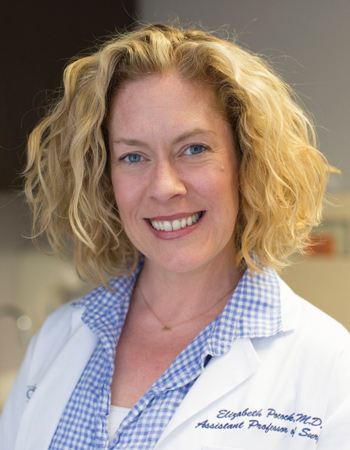 Generally, a key component of treatment entails blood-thinning medication, but Bonita had a complication that made her case much more challenging. “She had several instances of life-threatening hemorrhage, so we could not use any of the normal treatments,” explains cardiac surgeon Elizabeth Pocock, MD. To save her life, the medical team became the first in the region to use advanced technology called FlowTriever®, which had only recently gained FDA approval.

By accessing the lungs through a vein in the top of her leg, doctors were able to use this device to suck the clot out, improving heart function while avoiding the need for drugs that could increase the risk of bleeding. “It made a tremendous difference for Bonita,” says Dr. Pocock. “She would not have survived without it.”

Bonita also received vital support from the hospital’s ECMO machine – which works as an artificial heart and lungs by removing blood from the body, adding oxygen and returning it to the patient. “By taking the workload off the lungs and heart, the machine gives these organs time to rest and heal,” says Dr. Pocock.

For 10 days, Bonita was unconscious as her family, friends and medical team rallied around her. “I had no idea as to the level of care I received until I woke up and my two sons were talking to me,” she says.

Because of her unique complication, Bonita had a survival percentage of only 3 percent. But her sons never gave up hope as the medical team provided advanced treatments like ECMO to save her life. “I was blessed,” says Bonita, grateful for the love and support of her sons throughout her hospital stay and recovery afterward.

From the time she regained consciousness, she set her sights on getting better. “Her personal motivation and drive tremendously impacted her recovery,” says Dr. Pocock. Bonita also credits her success to the prayers of friends, family and support from her hospital team.

She still gets emotional when she talks about her experience at GW. “It wasn’t just the doctors and nurses ... even the people who came to clean my room on a daily basis, they always brought cheer with them. To go to the hospital and be treated that way was just awesome.”

Today she’s happy to be back to sewing, spending time with friends and family, and taking care of her dog, Cranberry. “It’s by God’s grace that when I did get sick I was in the District of Columbia,” she says. “I was able to be at the right place at the right time so they could get me to that hospital.”

Pulmonary embolisms occur when a blood clot becomes lodged in an artery in the lung. Sometimes this runs in families, or it may be associated with cancer or long periods of inactivity, like sitting in an airplane for an extended time. Symptoms may include sudden shortness of breath, chest pain, passing out and others. This condition can be fatal.

For those who survive, recovery can vary and may include diminished functioning and shortness of breath. Dr. Pocock says that the new FlowTriever device helps remove larger portions of clots and support patient recoveries.